I want to visit

I want to exhibit

What does the coronavirus pandemic mean for China's training industry?

This article is quoted from CGTH. 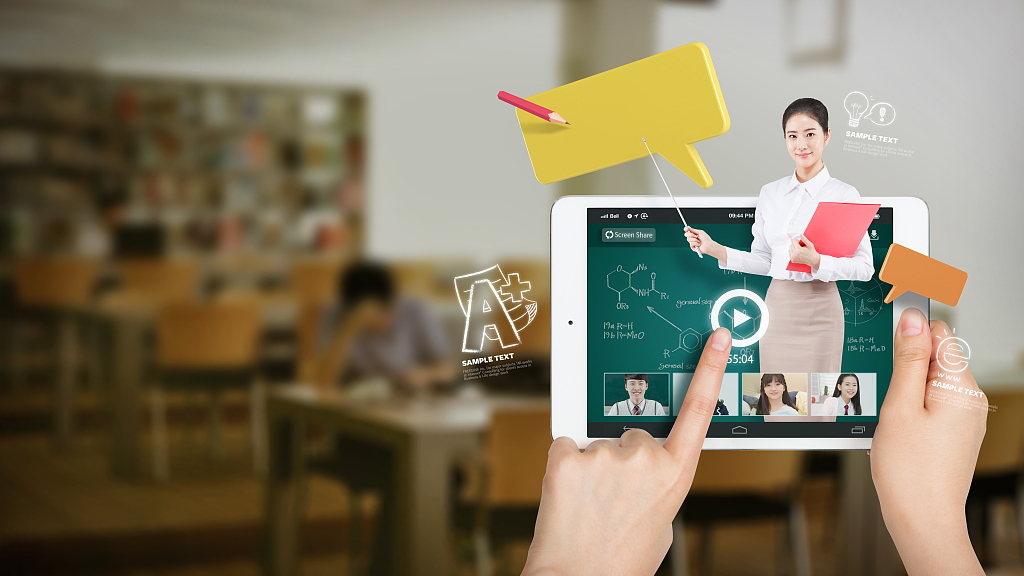 Schools across China are still closed due to the coronavirus outbreak. And while COVID-19 has accelerated the development of online education, it also aggravated copyright infringement problems for many in the sector.

"There's a new phenomenon whereby some tablet manufacturers have embedded our online courses into their products and sold the tablets and the courses (at a very low price) together to customers," said Lan Tian (not her real name), an investor with a stake in language training chain Rui Ding English.

"It hasn't happened on our campus yet. But on other campuses, mostly in the southern provinces, the piracy problem has had a huge impact on businesses," Lan, whose campus is in east China's Shandong Province, told CGTN.

Rui Ding English is not alone. Ape Counseling, one of China's largest training institutions with reportedly over 400 million registered users, discovered that its 113-U.S.-dollar courses were being sold for less than two dollars on other websites, according to a recent Xinhua report. 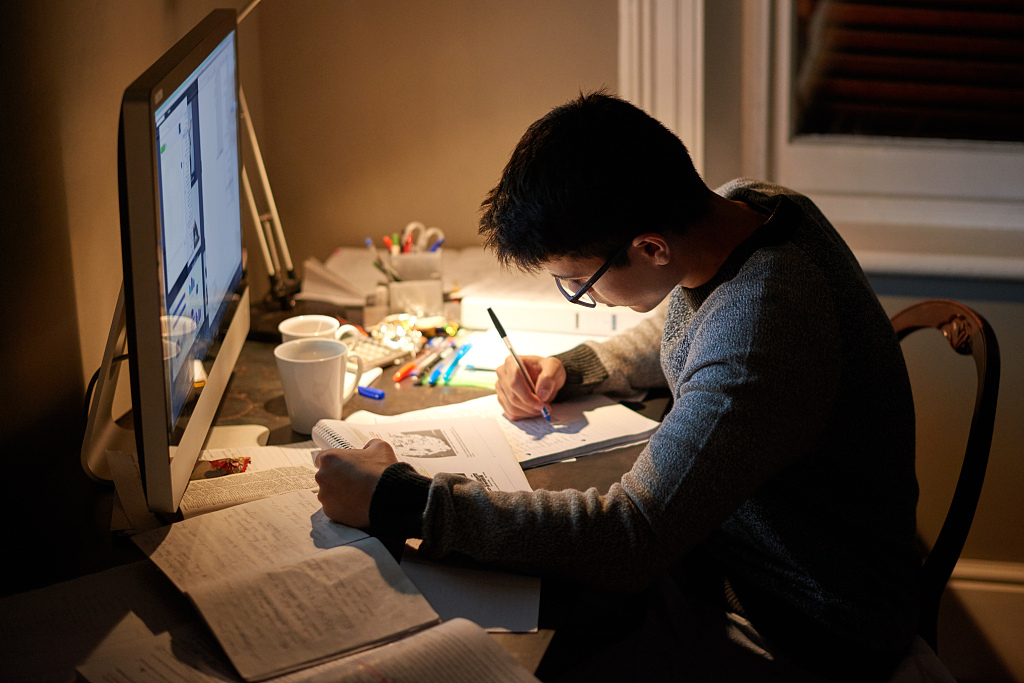 A file photo of a student learning at home. /VCG

"It's almost impossible to avoid such acts of tort (once) you provide online teaching courses, unless you have super powerful technology that others can't download your courses," Shi Yantao, vice president of franchised education brand SmartStudy, told CGTN.

He said businesses usually resort to the law in cases of copyright infringement, but the problem is that pirated courses are sold everywhere, and it's hard to deal with it every time.

Like many other industries, the education sector has been hit head-on by the sudden outbreak of COVID-19. Many institutions were not prepared to provide online services on such a large scale. 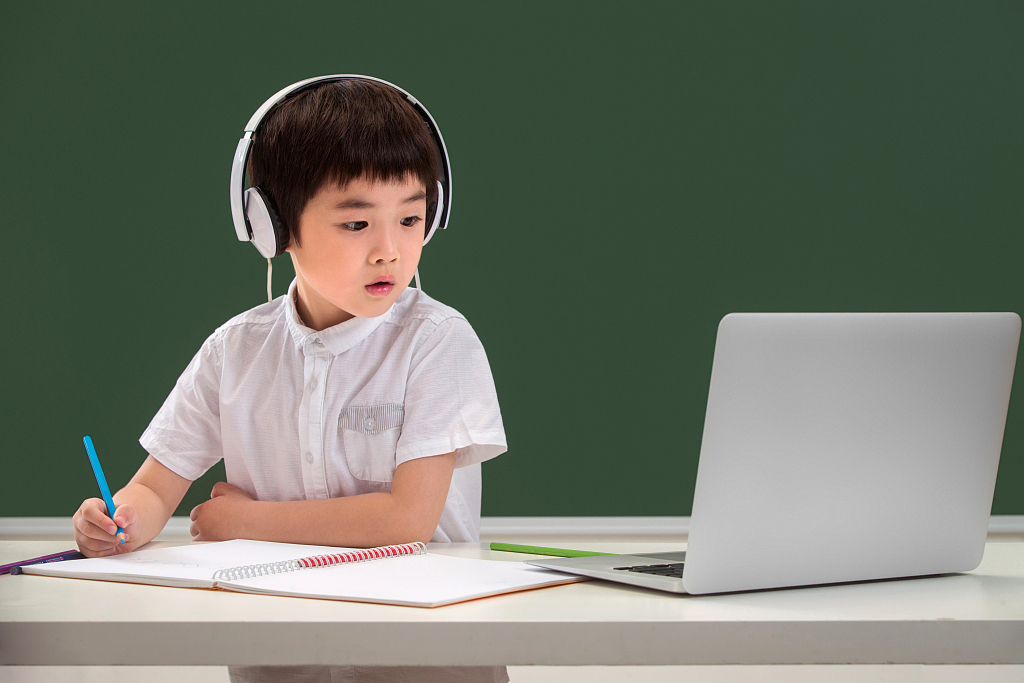 A file photo of a student learning from a course on a laptop. /VCG

Online education has been considered as a sunrise industry since the development of the internet. A 2018 report from iResearch predicted that the revenue of the online education sector in China will see an annual growth rate between 16 percent and 24 percent in the following three to five years. According to the Shanghai-based market research organization, the sector's revenue reached nearly 252 billion yuan (36 billion U.S. dollars) in 2018, 25.7 percent up from the previous year.

The outbreak of the coronavirus, however, has broken the seeming beauty of the surface. "Roughly, I'd say for most training organizations, 70 percent of their business was carried offline. But they have to move all the services online at the moment," said Shi. "That has made competition in the online education market fiercer and promotion costs higher."

The SmartStudy branch Shi works for took all their courses online on January 26, the second day of the Chinese Lunar New Year. But around 20 percent of customers still chose to wait for offline courses to resume.

"Offline courses are suspended, but we still have to pay rent, salaries and other running costs," Shi told CGTN.

Besides financial burdens, another problem that worries Lan is that not all the teachers she hires are good at online teaching.

"For teachers who don't have an online teaching experience, it's really hard," she said. "They have to figure out how to make themselves understood in front of a camera.” 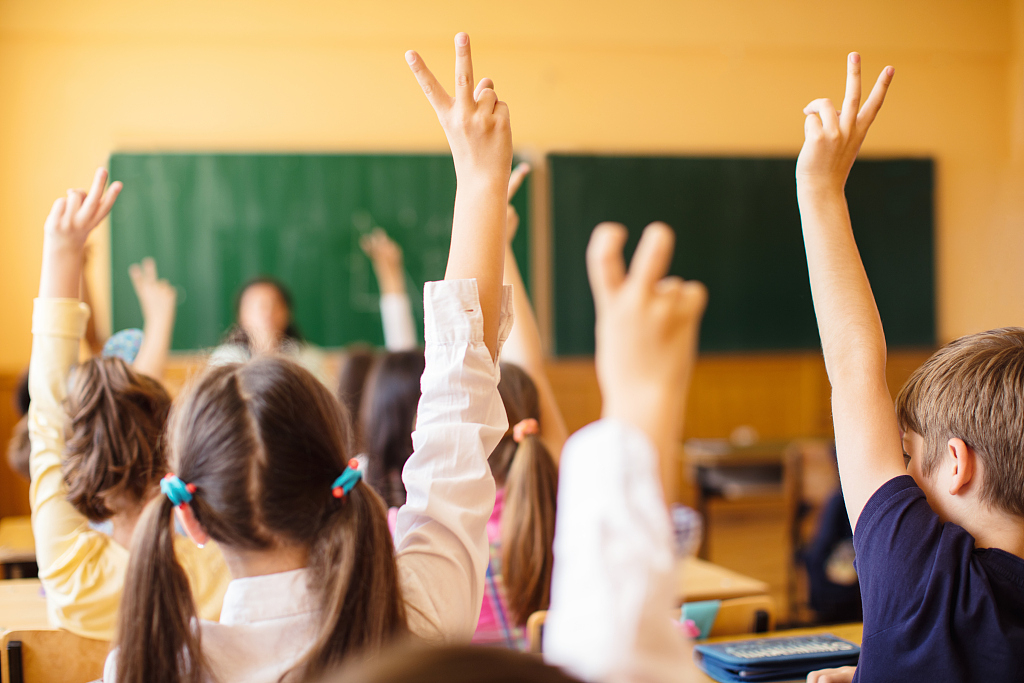 A file photo of students having classes in school. /VCG

As coronavirus cases have been reported in over 200 countries and regions, preventive and control measures witness little abatement in China, although the situation has greatly improved. In such times of uncertainty, industry insiders are pondering which education models are more resistant to risks and beneficial for students and teachers.

"We've long been promoting the 'OMO' model, which means 'online merge offline' in education. It's not a matter of trying to replace each other but advancing side by side," said Shi, whose organization has over eight million online users and nearly 50 offline training centers.

For Zhang Xue, a teacher at the Tangshan Haigang No.3 Middle School in Hebei Province, the current situation is a good opportunity to highlight the importance of offline teaching.

"Teaching in classrooms involves interaction between teachers and students and also communication between students. That atmosphere is very important. Online teaching can't provide that atmosphere, at least, not under the current technology conditions," she told CGTN.

Next article： Cultural industry in China blossoming online despite COVID-19